There’s nothing better than loading the trunk of your car, putting the end destination on Google Maps and leaving for the craziest road trip experience you could possibly have.

I & my best friend took one minute to plan for our road trip to Montreal all the way from Windsor, Ontario. The total distance to cover was 948 kms and we were totally pumped up for it.

We took 401 highway from Windsor to Toronto. 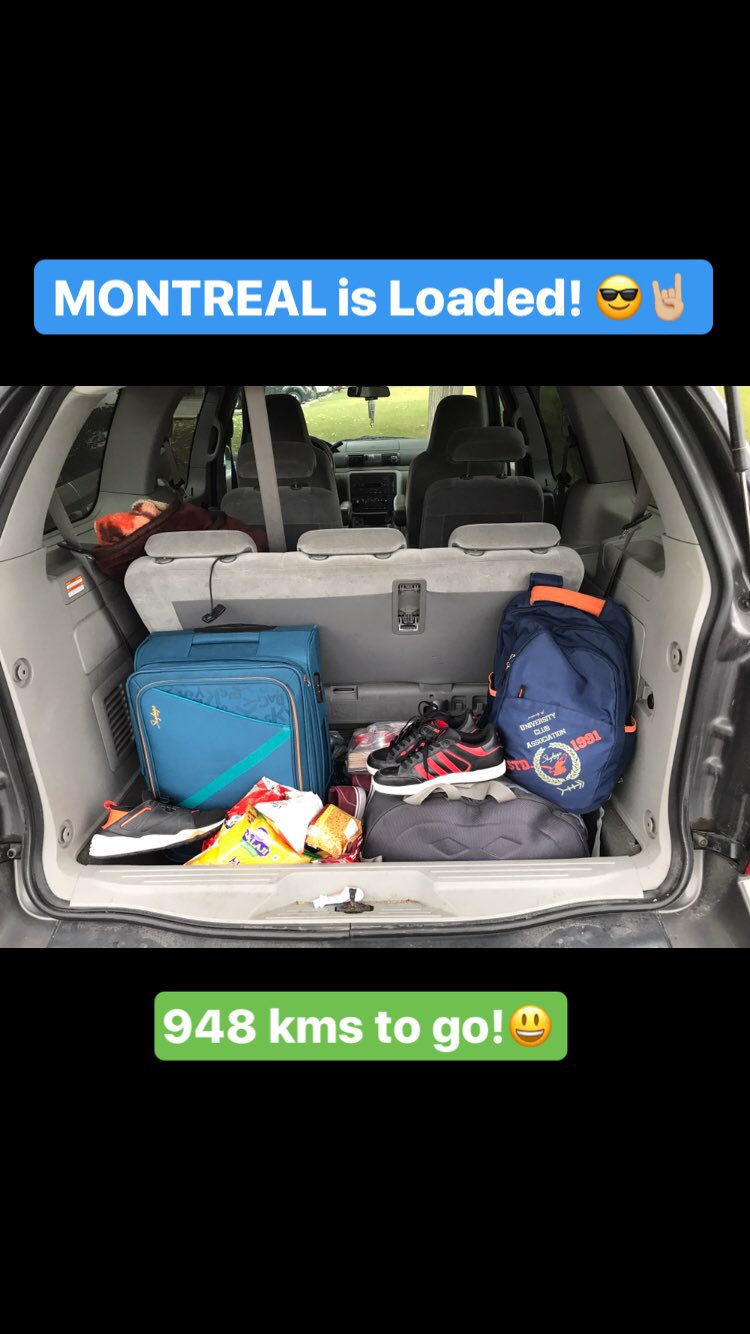 I got another college-time best friend of mine living in Montreal, Quebec and studying in Concordia University. So, the accommodation part of our trip was very well taken care of. 😉

It was 9 hours drive from Windsor, Ontario. Both of us were able to drive the car. So, it wasn’t much of an issue to drive such distance.

Don’t get bored, but, I had another best friend of mine leaving in Toronto where we were supposed to take rest for considerable amount of time.

We left the Windsor early in the morning while it was raining outside. It took us around 3 and a half hour to reach my friend’s place in Toronto.

The lunch was already waiting for us and we couldn’t resist ourselves to eat the delicious lunch my friend had prepared. After having lots of Theplas and Raytoo (Name of the Gujarati, Indian dishes), we dozed off for 2 to 3 hours. 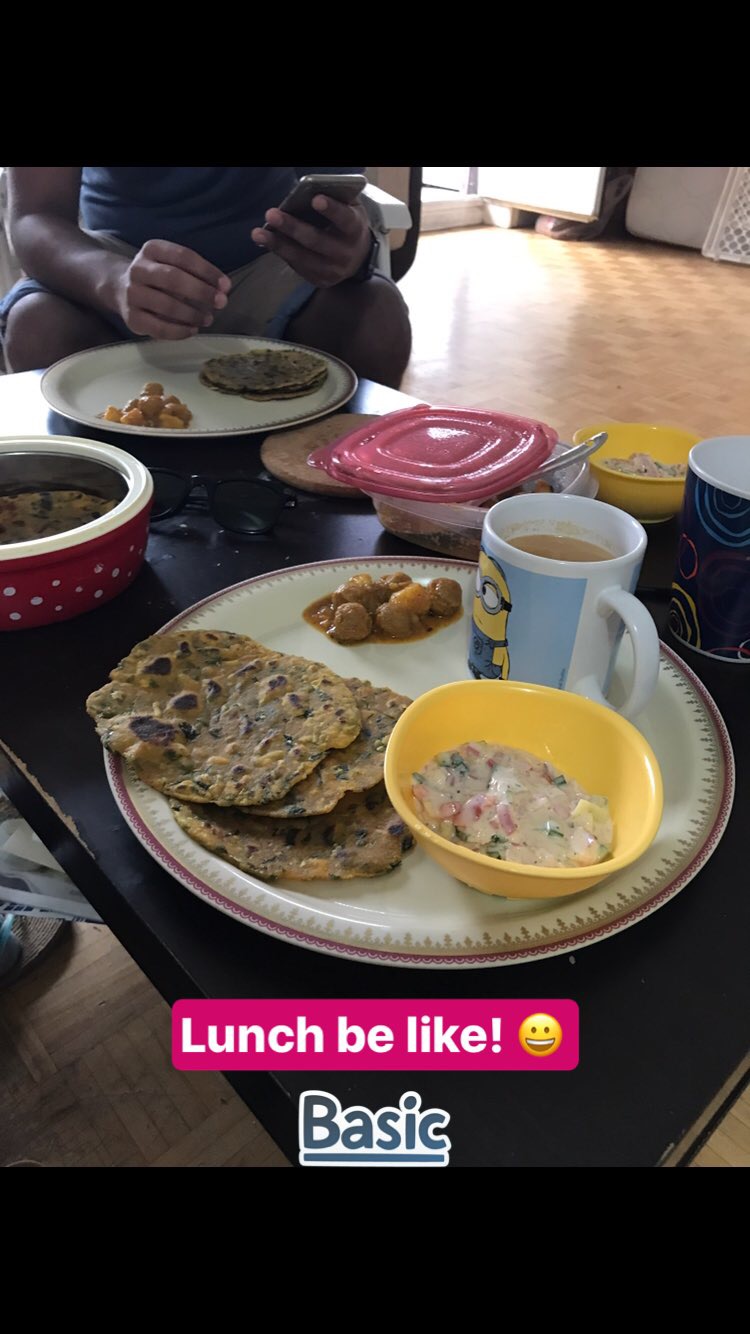 After Toronto, it was going to be another 5 to 6 hours to reach the Montreal, Quebec.

We did not want to reach my friend’s place in Montreal around late night, so we made ourselves leave Toronto accordingly.

We took a coffee-break at Port Hope, Ontario OnRoute. I was resting on the Sofa at the ultimate convenience which was going to cause me something after sometime. Keep reading.

We left the OnRoute after spending 30-40 minutes. After around 2-3 hours, I came to know that one of my mobile phone is missing. I don’t use the phone which I lost much and I got plenty of thoughts in my mind about where could I have possibly drop it. I called my friend in Toronto and asked her whether I forgot my phone at her place. She searched for considerable amount of time only to find out that my phone is not there.

Meanwhile, I searched the whole car for 3 to 5 times with no luck. Being internet-geeky, I got a thought to find out the phone number of the OnRoute where we took rest and inquire them about my phone.

I got the number, called them and inquired them after giving good description about my phone. They replied affirmatively by saying that their janitor found my phone on sofa. I took a breath of peace. I apologize if the story seemed irrelevant, but, I found the experience worth mentioning here.

I requested the manager to take my phone after around 10 days while we will be returning from our road trip to Montreal.

We continued our trip with no worries.

From Toronto to Montreal, the road is prairie. Means, it’s flat and boring. Especially, you are travelling during night time.

After Toronto, the 401 highway merges with AutoRoute and it’s straight till Montreal.

We were two dudes in a 7-seater van which was fully loaded with snacks, cold-drinks and what not.

We enjoyed our trip to the fullest by watching our favorite Bollywood movie – Zindagi Na Milegi Dobara (Translation: You won’t get the life second time).

We arrived in Montreal around 10 PM.

What a city! We couldn’t believe our nerves! 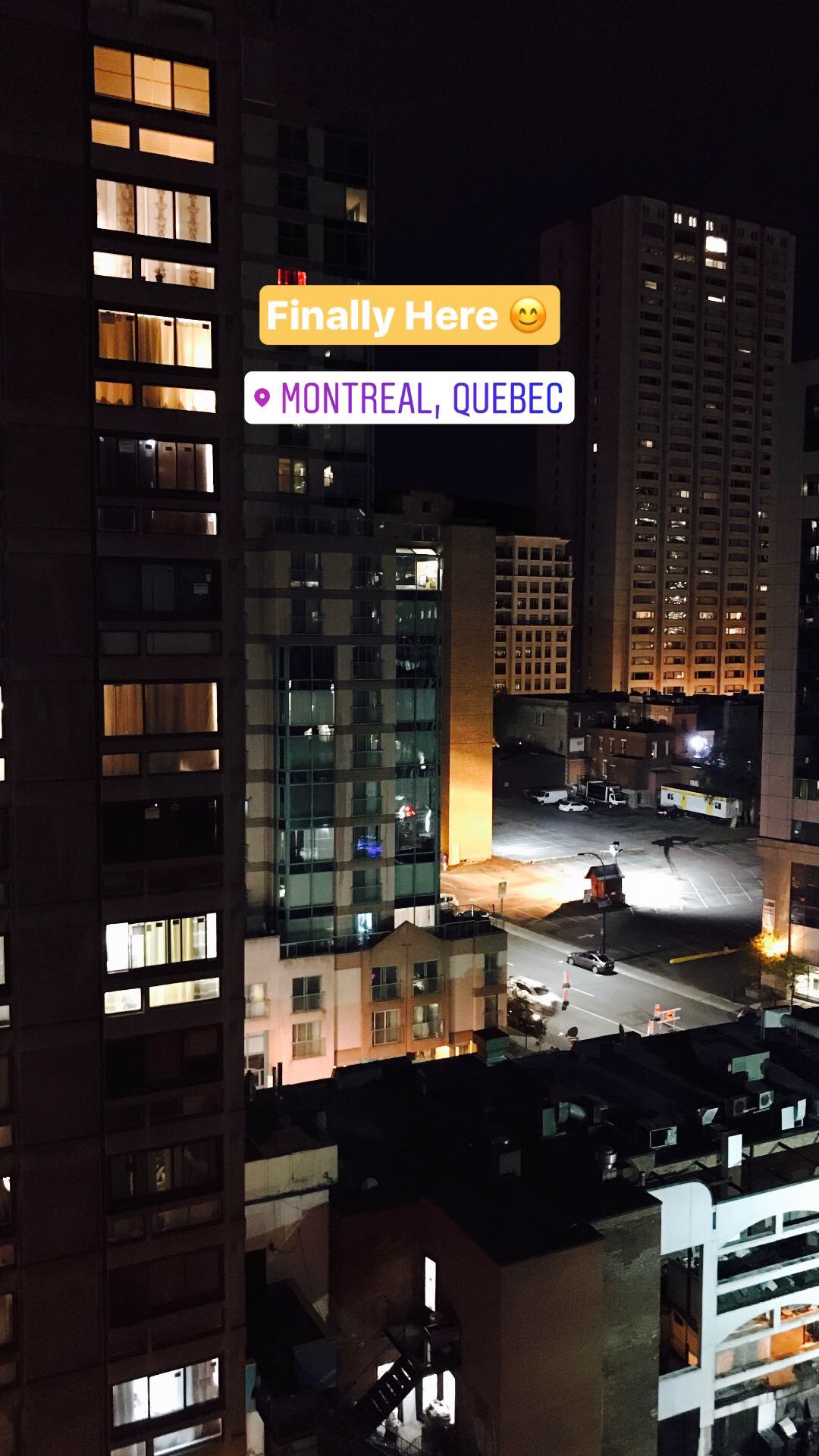 The night. The lights. The weather. Absolutely breathtaking.

Here’s the pic with my best buddy in Montreal, Quebec. 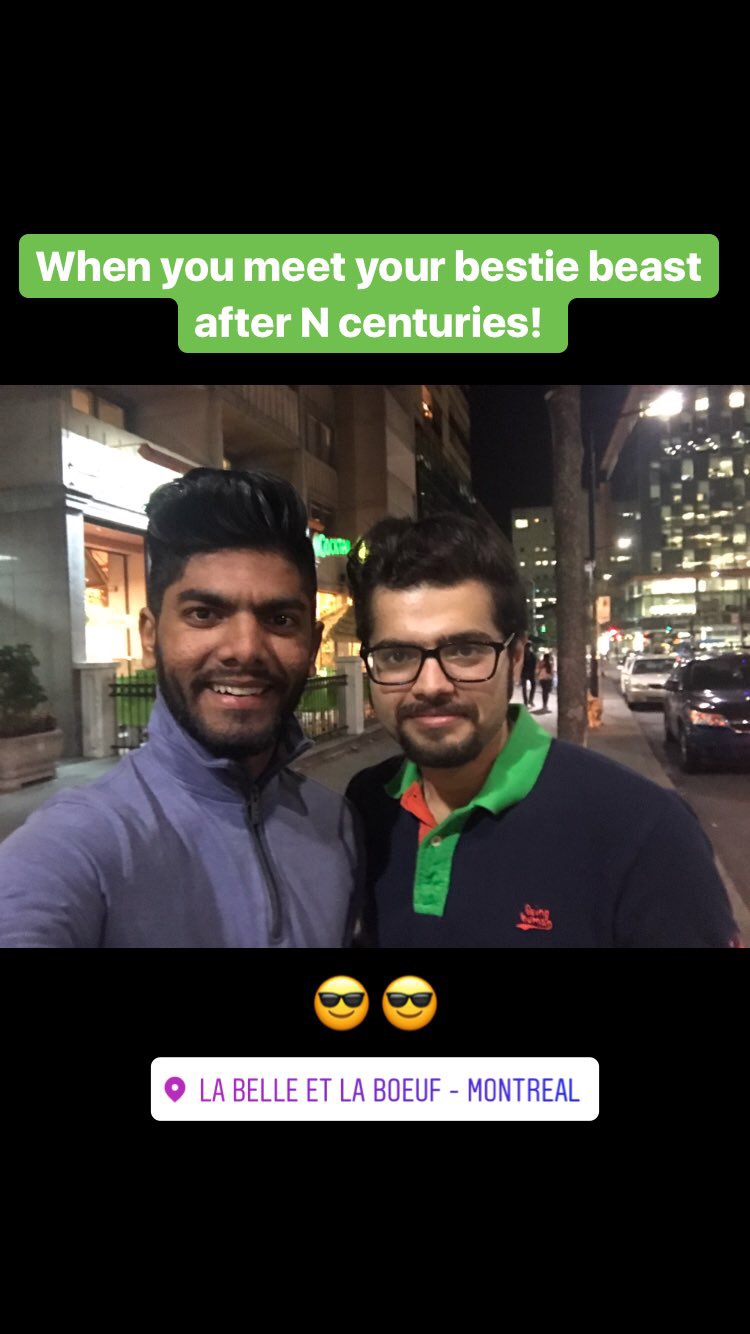 They have also prepared delicious Basundi (Indian Sweet) for us which was the sign of the good hospitality for the rest of our stay in Montreal.

We called it a night and were all excited to explore the Montreal from the next day.