Located in heavenly area in Chelsea, Quebec and being very isolated from the city area, the Great Canadian Bungee has everything the adventurist needs.

It takes around 30 minutes drive from Ottawa, Ontario and 2 and a half hour drive from Montreal, Quebec to reach the Great Canadian Bungee in Chelsea, Quebec.

The earlier you go, the better as there would be a rush of people during evening time and it will take more than a while to get your turn for the jump. I would suggest the morning time right when their business hours begin.

The main motive of my trip to Montreal was to do Bungee Jumping in Chelsea, Quebec. I have been dreaming about doing the Bungee Jumping ever since I watched the first video of someone doing a Bungee Jump. 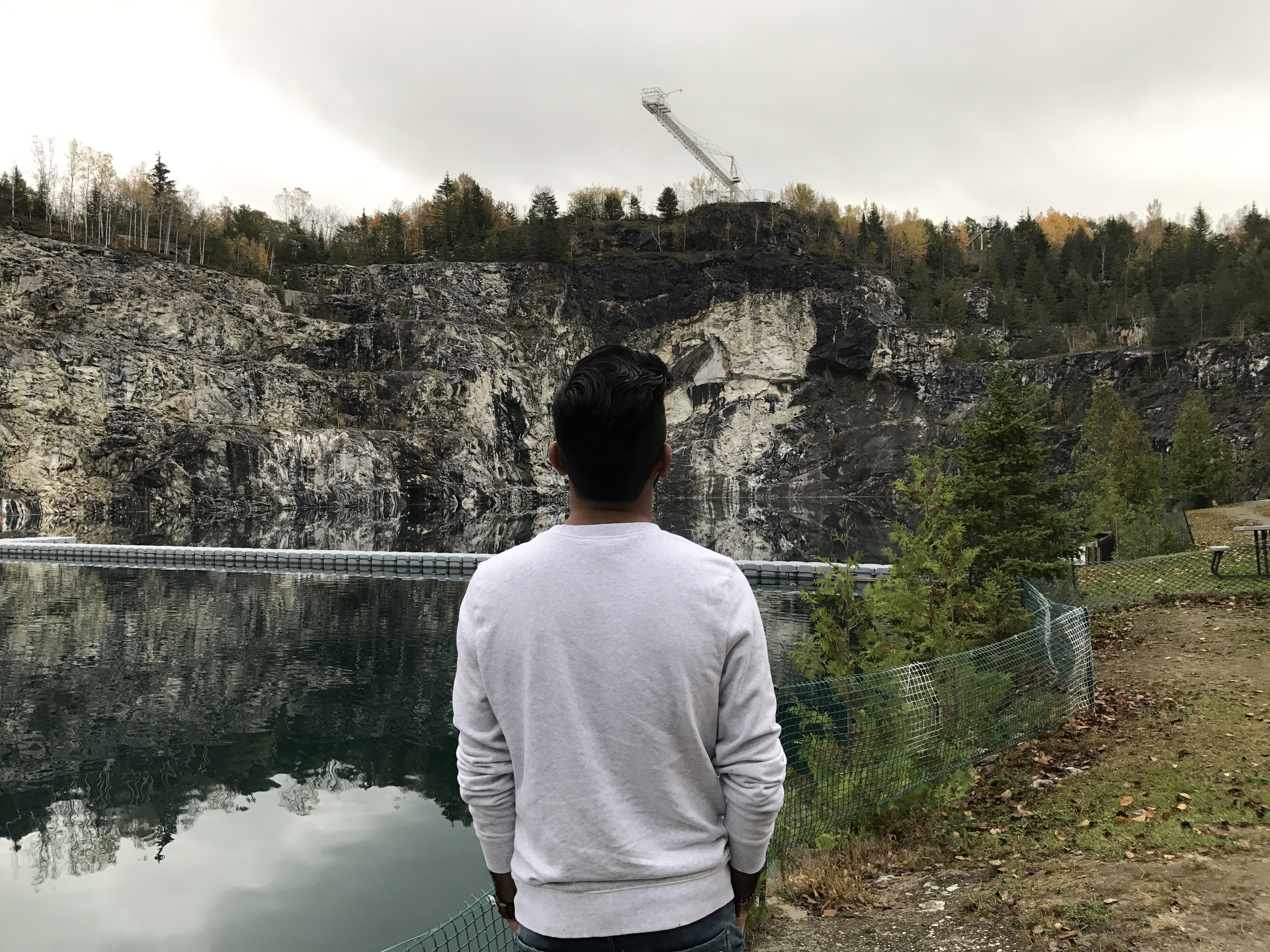 In addition to the height, the surrounding location of the Great Canadian Bungee is breathtaking. There’s nothing but the white rocks and limestone. Luckily, we went there in Fall when it was color-changing period for the Canadian trees. Man! The view was wonderful!

Excitement was pouring out from our head and we couldn’t do anything than waiting for our turn. 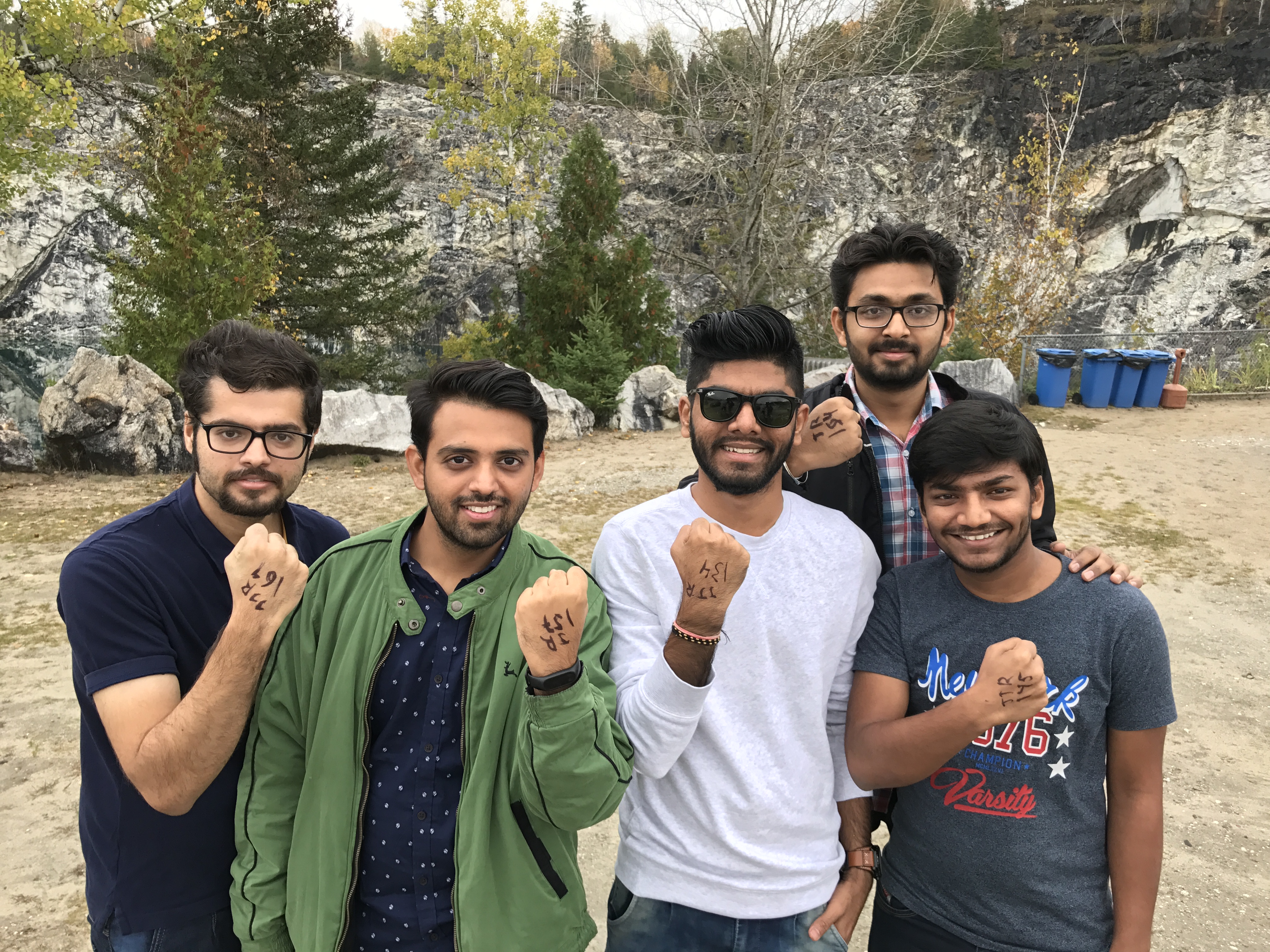 Which ticket should you get at the Great Canadian Bungee?

They have variety of packages available on their site. Spend some time and decide upon the package which allows you to make most out of it. The first jump is 121.77$. And, any additional jump would be 60.88$. They have got Rip-Rides (ZipLine) as well. It’s worth trying out.

For us, three of us booked 2 JUMPS, 1 RIPRIDE, HD Video & T-Shirt and the other two did the same except just one jump instead of two.

2 JUMPS, 1 RIPRIDE, HD Video and T-Shirt package costed us 290$ per person including taxes. And, for the later one with just one jump, it was 221$.

What are some good places to stay near Great Canadian Bungee, Chelsea Quebec?

Honestly, there isn’t anything near Great Canadian Bungee. At least, we weren’t able to see anything. For us, we traveled from Montreal, Quebec and we were going to be there only for a day, so we didn’t require any place to stay.

Your best bet would be to find something in Wakefield, Quebec which would be the nearest place from Great Canadian Bungee. Or else, you can arrange something in Ottawa, Ontario and take a 30 minutes drive from there by renting a car for a day.

Any tips before doing the Highest Bungee Jumping in Canada at Great Canadian Bungee?

Don’t forget to include the video into your package as that’s going to be your only main thing after this experience. Something which will help you to brag in front of your friends and family.

And, ONE MORE IMPORTANT THING, yes in big letters, when the instructor says Go, just Go! Otherwise, you’ll end up getting a funny video of yourself just like one of my friend’s. However, his video meant to be like that as it is helping us laughing out loud even to this date.

Yes. Everything’s going to be in your video. So just jump without thinking twice.

What to wear while doing the Bungee Jumping?

While they don’t have any restrictions for the types of clothe you wear when doing the Bungee Jump, I would suggest you to wear long sleeves in case there’s friction with air or chances of scratches.

Apart from that, tighten your jeans or whatever you are wearing. They’ll make you have nothing in your pocket or wrist. So, put everything in your car for safety purposes. They may give you the basket in case you need it at no additional cost.

How will you feel after doing the Bungee Jumping?

I felt like I got another life. Same did my friends. You will literally meet and touch the death. Your nerves will stop for a while. You will feel like your worries are nothing. Your tensions are useless. Your life is beautiful.

Doing Bungee Jumping at Great Canadian Bungee ended up being a life-changing experience for me. They literally make you sign the consent before you jump saying it may cause severe injuries or even death. After all, there’s nothing apart from rope which is going to hold you back.

You’ll stand on a cliff and listen the guy shouting five, four, three, two, one, Go Go Go Go… and you’ll have to Go.

Just Go and have the unforgettable experience of your life at Great Canadian Bungee in Chelsea, Quebec.