I opened my eyes sharp at 4:25 a.m. without ringing of an alarm. I think my mind is naturally getting accustomed with this change. And that is all we want, don’t we?

This habit is proving itself to be an enormously beneficial change in my life. I mean before I started with this challenge, I was having merely half days with me, that too filled with full of laziness. Now, there’s nothing like that anymore. Granted, during nights I was not just wasting my time but as compared to this, that routine was needed to be changed.

Coming to this day, it was wonderful. I am getting the stuff done in a way I wanted to. What more can I ask for? I am seeing lot of progress just because of this change. I know that today I am writing a lot about this change because today I truly felt incredibly productive as compared to past 8 days of this challenge.

After around 4:00 p.m, I was all free. Hence, I started with the task I promised yesterday. Garbage Cleaning! On a side note, I really don’t transfer or store garbage and let it be there in my computer but some stuff which was awesome when I transferred has no value or meaning as it was having at the time when I stored and now became useless. For example, Google I/O 2014, iPhone 5s Launching Event, TechCrunch Disrupt Start-Up Battlefield etc. I have deleted numbers of movies, songs, videos, games and countless other things as well. 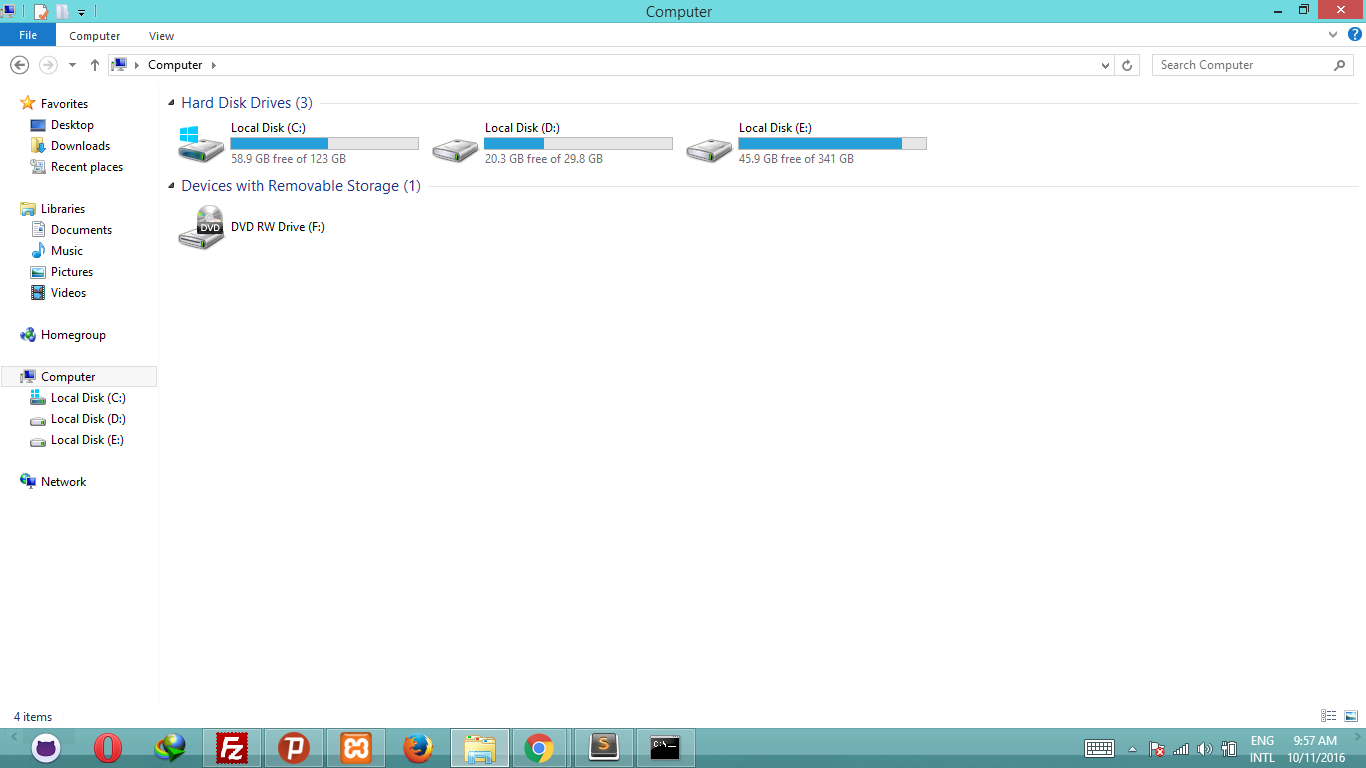 Besides, my computer was infected with New Folder Virus. An annoying virus which makes .exe file inside the folders with the same name of the folder. It is simple virus which technically does almost no harm to your computer. It’s just elementary virus which you can remove even by delete function but its size is 1.1 mb.

I checked property of my drive and found that there were around 13000 folders. Which means there should be around 13000 New Folder virus files. Right? Which means 13 GB space was eaten up only by this virus???

13 GB of space occupied only by viruses on a Computer Science Graduate’s PC?

Manually deleting all the files would have been laborious and next to impossible. So, without wasting a second, I searched about it on Google but found no satisfactory results. Everybody was mentioning some shitty tools which would do nothing but bring more junk to your drives. I did not opt for that.

Instead, I tried one JUGAAD (Yes!! The word Jugaad has its Wikipedia Page!!).

Here’s what my JUGAAD was:

I typed “*.exe” in the search box of my drive, which showed all the .exe files. Then, I sorted it with “Date Modified” because I guessed that virus would have got created on same day and guess what? My guess was right. 😀

I then selected all the folder.exe files which were having the size of 1.1 mb and deleted all of them. There were around only 6000 of it instead of 13000.

This was also something I wanted to do since college-time. To clean up my PC! But, as I was world-class procrastinator back then, this was not something I would do. Now, finally it’s done.